SYDNEY AFL ROUND 6 2010.
Article and Photos by Michael Shillito. 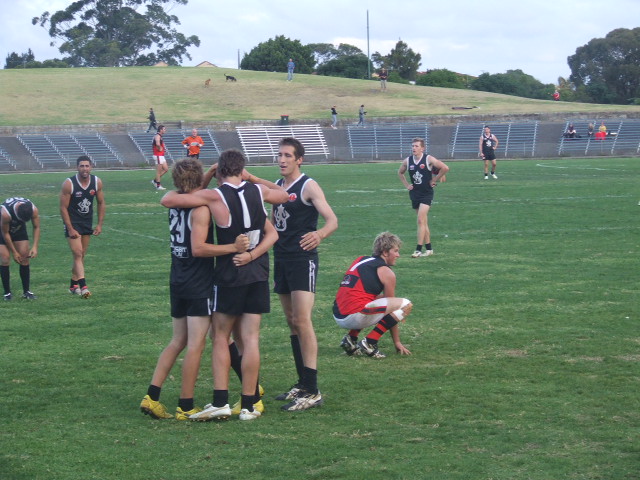 ItÆs hard to believe weÆre already a third of the way through the season. But the season is progressing, and a top of the table clash at Henson Park would be one that could potentially shape the destiny of the finals lineups.
Henson Park was looking good, and after a few dark clouds a couple of hours before the start of the game the sun re-emerged to make for another sensational day of football. And it would be a day when the old footballing clichÚ that a game is never over till the final siren would again ring true after a stirring final quarter comeback.
The Magpies won the toss and kicked to the scoreboard end in what would be an even first quarter. Three goals apiece and a few lead changes took place during the quarter, which saw Wests lead by a point at quarter time.
But the Magpies took control in the second quarter and the Bombers were struggling to keep up. Matt Eurell marked 50 metres from goal, and a 50 metre penalty turned a hard shot into a certainty. Ben Attwood got the goal back for the Bombers, on the receiving end of a lightning handball from Anthony Lowes, but it took less than a minute for Medair Kassem to set up Daryn Creswell to restore the 7-point advantage.
Wests were finding loose forwards, and within minutes David Clout and Cal McGuirk had both taken uncontested marks within scoring range. Against the run of play Jeremy Stiller received a 50m penalty to get a goal back, but the Magpies were on a roll. McGuirk pounced on the crumbs of a ball-up to add another. Rohan Lilly, who was magnificent all day for the Magpies, dived to take a slips catch mark 25 out; and when deep in time on Creswell snapped over his shoulder for his third goal the Magpies led by 25 points before a goal to Ben Attwood after the siren cut the margin to 19 points. 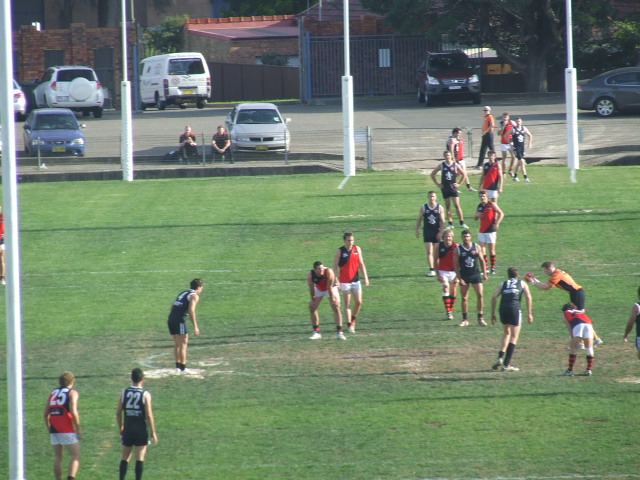 Both teams came out for the third term looking for the first goal; and for 8 scoreless minutes the ball travelled from end to end. The healthy crowd on the western side, mainly sitting in the sun in front of the canteen, watched absorbed as they waited to see who would crack; while Wests were receiving vocal support from the marquee on the hill.
It was the Bombers who would crack, and the Magpies would take full advantage. Lilly marked under the shadow of the point post before running around to open up the angle and goal. Chris Lees, marking in front of the light tower 50 metres out next to the boundary line, landed a set shot. And when McGuirk on the run goaled, the Magpies had added 3 goals in 4 minutes, the lead was 37 points and the floodgates looked set to open.
The Bombers had some work to do, and the first step was to stop the bleeding. Tightening up the defence, stopping the turnovers, the Magpie scoring dried up. But the Bombers struggled to find any scoring options to make any dent in the lead; and were unable to score a goal for the quarter until Kieran Emery on the lead marked and then kicked truly after the siren.

The Magpies led by 32 points, and few would have seen the drama that was to come, even when Lachy Pryor on the run kicked the first goal of the final term. But injuries had stacked up for Wests, who by now had limited interchange options. The Magpie runners had given their all for three quarters but were now spent and had nothing more to give. The Bombers threw their fresh legs into the action and moved the ball forward. 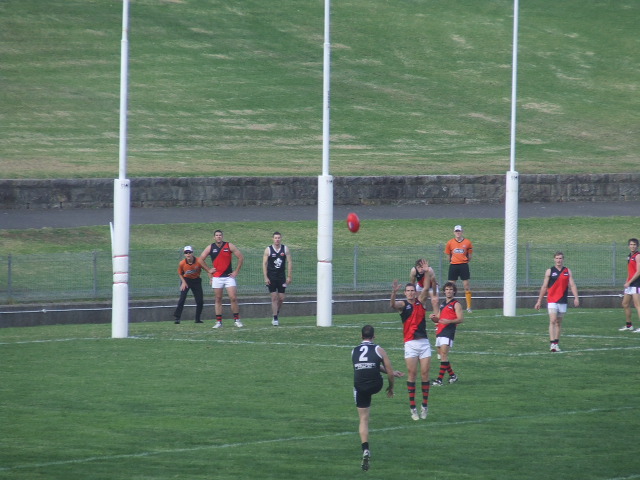 The ball spent virtually the entire last quarter camped on the North Shore forward line, but for a long time they struggled to find goals to show for it. The occasional point went through, but the clock was ticking and the Bombers, although visibly fresher, were still a long way behind.
But on 17 minutes, a ball-up spilled free to Damian Casey, who with a clever snap over the shoulder gave the Bombers the slightest sniff with the margin cut to 15 points. Two minutes later, Emery brought down Hudson at the edge of the goal square; and although the umpire didnÆt pay holding the ball, a soccer off the ground by Pryor gave the Bombers another goal. On 21 minutes, Emery on the lead marked and goaled and suddenly it was a 3-point ball game.
Amazingly, Wests had not managed an inside 50 for the quarter. Finally they got one, ending with a snap by Absolum going through for a point. The Bombers from the kick-in quickly moved the ball forward, but the Magpie defence hung on for dear life. With only four goals for the quarter, the final term lasted just 26 minutes. The siren saw the Magpies celebrate, more with relief than joy; while the Bombers slumped to the ground in shock that their comeback had got them so close but just fell short.

But the game had been an absorbing struggle, the final term an epic as the tired Magpie warriors willed themselves to defend grimly to the death to hold out the Bomber charge. It was a contest worthy of a top-of-the-table clash. Daryn Creswell and Cal McGuirk each kicked 3 for the Magpies, while Lynn Roehrig and Ben Absolum were among their best. For the Bombers, Kieran Emery kicked 3 while they were well served around the ground by Sam Carruthers and Lachlan Pryor. 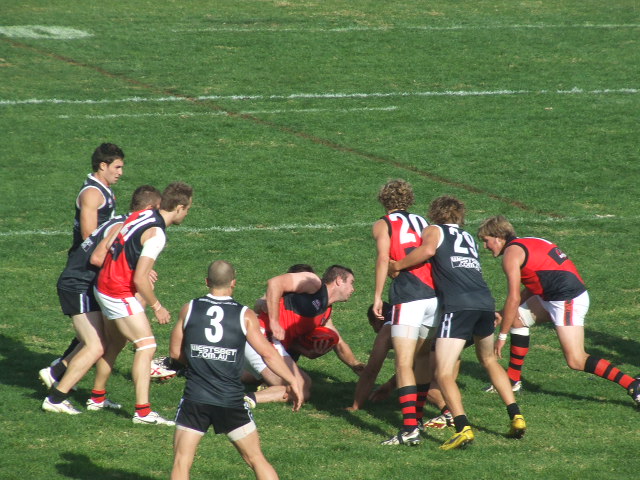 Pennant Hills snapped their 3-match losing streak, and ensured Balmain are yet to take out their first victory in 2010, when the Demons defeated the Dockers by 98 points at Drummoyne Oval on Saturday.
The Demons got off to a flying start, with 7 goals to 2 in the opening quarter, and that set the tone for the remainder of the afternoon. The Dockers received few opportunities, and although they kicked accurately with the chances they had, they were unable to get enough of the ball to trouble Pennant Hills at any time. The Demons comprehensively won every quarter, getting on a roll as they felt the form which has deserted them in recent weeks returning.
Nick Campbell was the spearhead up forward with 6 goals, while Luke Bilbe contributed 4. Jackson Potter, Jonathan Gourley and Alex Goodall were among the DemonsÆ best. For Balmain, Chad Fletcher and Russell Gordon tried hard all day.

Bruce Purser Oval has become something of a fortress for East Coast, but one team that the ground holds no fears for is Campbelltown. For the second year in a row, the Blues upset the Eagles at Bruce Purser, this time getting up by 20 points in a Saturday twilight match.
Honours were even after a see-sawing first quarter, but the Blues got the edge in the second quarter with a 6 goals to 3 run to lead by 21 points at the long break. The Eagles came out firing in the third term, but poor kicking prevented them from making any impact on the deficit. A return of 2.8 for the quarter kept Campbelltown in front; and the Blues completed the match in style with a 5 goal final quarter.
Shanan Kershaw kicked 4 for the Blues, while Owen and Ray Love and Mark Edwins all contributed 3. Shane Doherty, Kershaw and Edwins were among the BluesÆ best. For the Eagles, Peter Dugmore kicked 4 while Shane Ryan and Ben Physick were prominent performers; while Jamie Vlatko provided the entertainment with an attempted speckie that, had he been able to control possession enough to have the mark paid, would have been a sure contender for mark of the season.

Another twilight game on Saturday saw Sydney Uni too good for Wollongong, taking out a comfortable 62-point victory at Sydney Uni No 1. The margin was 11 points at the first change, but the Students got on top in the second term with a run of 8 goals to 4 to blow the margin out to 33 points at half time. 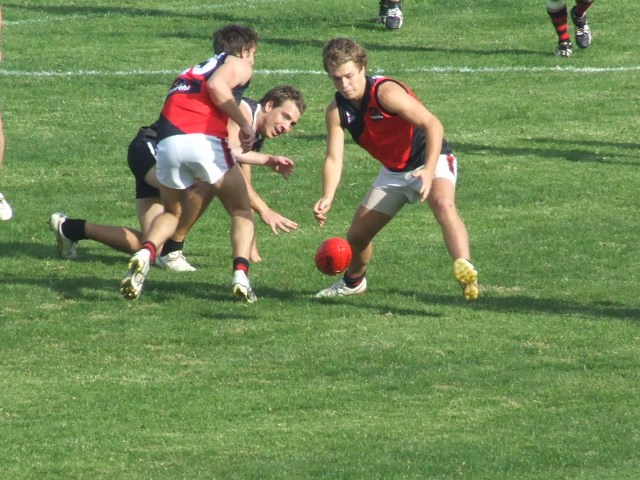 To have any hope of getting back into the contest, the Lions needed to get a run of goals happening, but they were kept to just one goal in the third term and by then the game was out of reach.
Alex Lee scored 5 goals for the Students and Mark Egan 4; while Alex Lee, Jack Caspersonn got plenty of the ball for the Students. On a disappointing day for the Students, Scott Dennis and Sam Dowling continued to work hard all day.
The result consolidates Sydney UniÆs position in the top 4, while Wollongong are yet to record their first win of 2010; but next weekÆs clash at Blacktown will see one of the winless teams finally break their duck.

SundayÆs TV game at Blacktown saw St George win their third game on the trot when the Dragons took out a 42-point win over UNSW-ES.
The Bulldogs led by 11 points at quarter time, but the Dragons fought back to take the lead by 2 points at the long break. The first half had been an arm wrestle, the DragonsÆ advantage coming from their straight kicking. But after the break, the Dragons took control with 5 goals to 2 in the third term; and with their confidence growing they were on a roll and completed a 7-goal final quarter.
Bryce AddisonÆs strong run up forward continued with a 6-goal haul, while Jon Shineberg and Shane Demir both scored 3. Michael Holmes and Jason Andriske were prominent around the ground. For UNSW-ES, Tim Garrett and Earl Shaw were among their best. 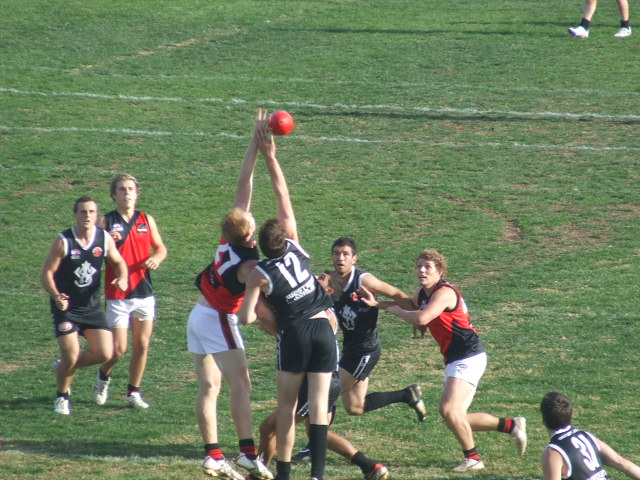 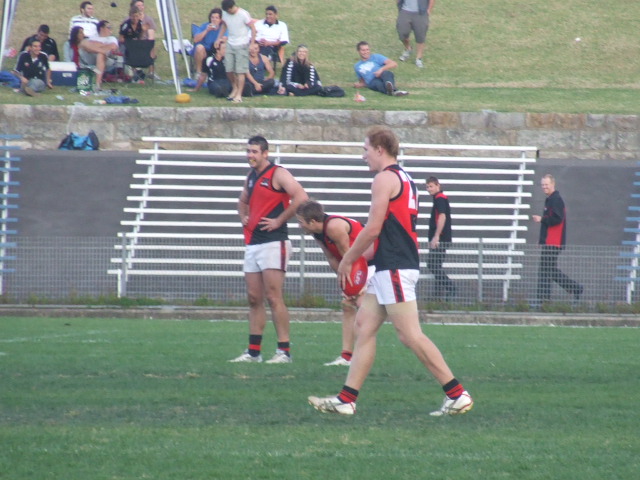